I have always been interested in mythology and folk tales.


Belts, bands, girdles and sashes feature in stories around the world. In ancient Greek mythology, when Hera wanted to distract Zeus for her own ends, she borrowed Aphrodite’s brocaded girdle.  ‘All her enchantments came from this: allurement of the eyes, hunger of longing and the touch of lips that steals all wisdom from the coolest man’  (Homer: The Iliad.) 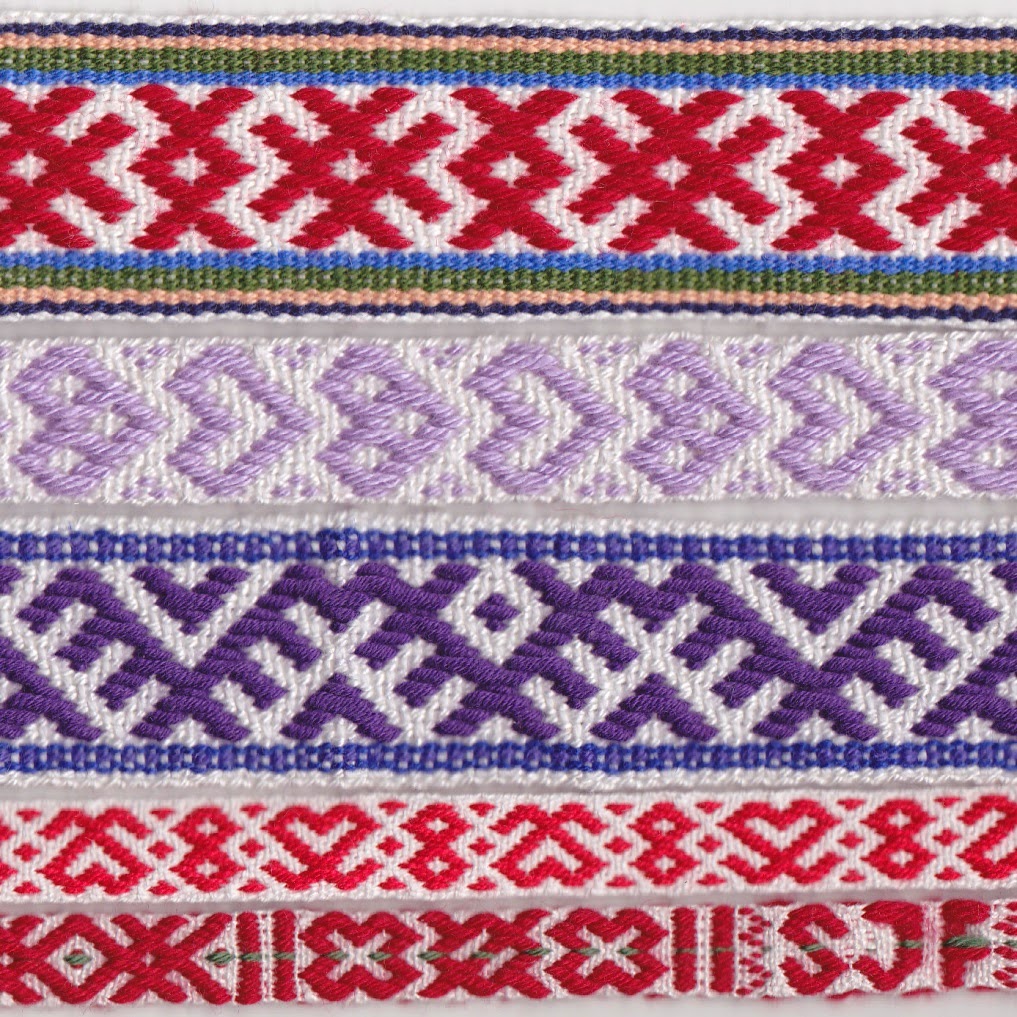 In northern mythology, on her wedding night, Brunhild would not allow her husband Gunther to unfasten her silk girdle until he had told her the truth about Seigfried.  When he refused, she bound him hand and foot with the girdle and used it to hang him on a nail on the bedroom wall.  Tragedy unfolds when Siegfried steals the girdle and her precious ring. Even Sir Gawaine in the Arthurian legends falls prey to a scheming woman who, unable to seduce him, presents him with her green silk sash which leads to unfortunate misunderstandings.


But men too had their belts, symbolising power, authority and sovereignty. In Norse mythology, Thor had the belt Megingjörð (power-belt) which doubled his already exceptional strength.


Belts can also signify group allegiance. In Roman times, ‘to take the belt’, was to join the military. In England until the 17th century, the Sovereign invested a new earl with a belt and sword, hence the phrase ‘belted earl’. In the 18th century, a Russian peasant would never be seen without a belt: ‘ungirded, unblessed.’ The encircling belt has practical, decorative and symbolic functions.


Even how it was worn could send a message. In 19th century Latvia, the belt had to be tied tightly three times around the waist; worn loosely it proclaimed a ‘loose woman’.


In Dalarnas, Sweden, around the same time, a girl would weave her unique marriage belt.  These were four metres in length and narrow. The aim was not to repeat any pattern; a prodigious feat when patterns were not written down. There was great pride in these lovely examples of patterned weaving and weavers would add their initials and date at one end.


When I became interested in patterned band weaving, I had no idea how far my researches would take me.  Around the Baltic, each country has its own traditions and patterns.  It is a fascinating and rewarding study. The beautiful woven belts have a wide range of patterns and motifs. These geometric designs may once have had special symbolic meanings, but much has been lost.


Patterned bands were woven on looms and with rigid heddles. In Sweden, perhaps to encourage the continuation of a dwindling craft, a new type of heddle was designed to make patterns easier and quicker to weave.  This is the double slotted heddle which will be used in the workshops.


If you have not used one before, now is your chance to try.  If you have one of your own, then there is the opportunity to learn new patterns, design your own and try different materials to weave.   I have a set of heddles which will be ready warped for the workshops and I will be bringing a variety of yarns for the second workshop.


I cannot guarantee that you will weave a magical belt – but I hope you will have fun trying! Patterned bands, even short lengths, have a variety of uses.  I have listed some on my blog and I will be posting more details about patterned band weaving in the Baltic region over the next few months.  For more information about the workshops, check my blog and the Journal.  To see a double slotted heddle in use, I made a YouTube video:  Weaving a Sámi patterned band.  http://youtu.be/O4-Cq5peQTA


My article about Swedish woven bands will appear in the Nov/Dec 2014 issue of Handwoven.


Check out my blog at:  http://durhamweaver64.blogspot.co.uk/ 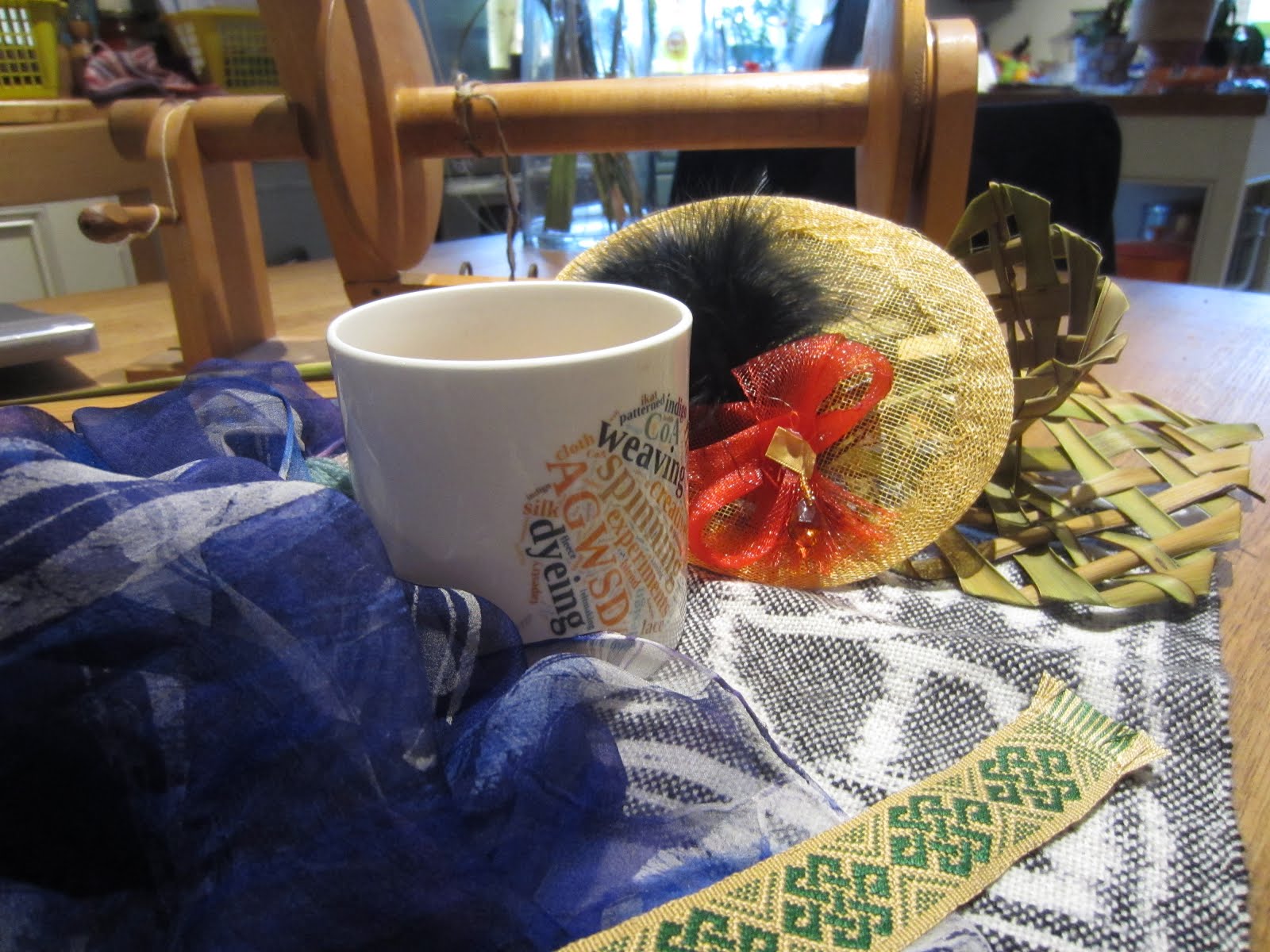 But the memories linger ...

Search This Blog (Homepage only)